The nation’s factories finished the year on a high note and looked to be building momentum heading into 2014.

The Institute for Supply Management’s monthly index, which is based on a survey of purchasing managers, hit 57 in December. That was down slightly from 2013’s high of 57.3, registered in November. Readings above 50 indicate expansion.

Manufacturing has expanded for the past seven months, according to ISM surveys, after slowing last spring.

“I don’t see any weaknesses,” in the December survey, ISM Chairman Bradley J. Holcomb said Thursday. “I see a good, strong, balanced report…and a very promising start” for 2014. Readings for the first half of 2013 averaged 51.5, just over the expansion threshold. In the second half, that pace picked up to 56.3. 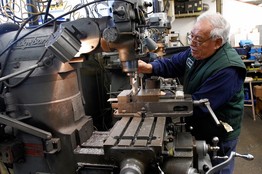 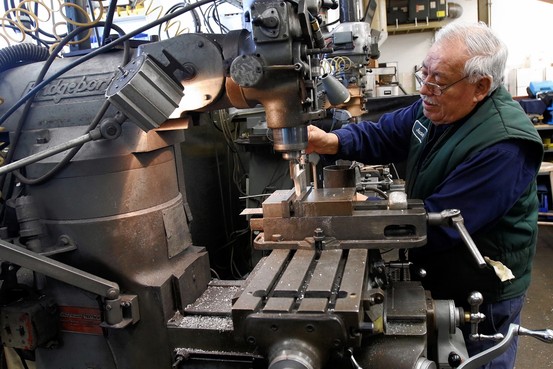 Business at MHT Lighting, which makes energy-efficient indoor and outdoor lighting, reflected the national trend. “December was just phenomenal… probably our second-best month of the year,” said Joe Scalice, director of inside sales at the Staten Island, N.Y., company.

MHT’s business slowed in the summer but rebounded swiftly, Mr. Scalice said, ending 2013 roughly 5% to 7% above the previous year’s pace. MHT, which also has operations in San Diego, expects gains in 2014 to be “substantially higher,” Mr. Scalice said. In part, that is because the company invested heavily in research and development in the past year. MHT is hiring, he said, and next month will initiate production on a new line of lighting.

Within December’s manufacturing report, gauges of new orders and hiring showed strength, a promising signal for the final labor-market snapshot for 2013. The Labor Department is slated to release December’s figures next Friday.

Those forward-looking readings within the report support the case for manufacturing’s momentum, said John Ryding, of RDQ Economics. The sector’s strength has been building for months and not just a few weeks. He also noted the absence of a significant storm cloud that could disrupt production, such as the months long interruption in the global supply chain after the 2011 earthquake and tsunami in Japan.

The year-end momentum had some analysts dubious about whether factories can sustain the pace of recent gains, however. “It’s a very strong report…but it will be surprising if it can hold on to 57 very much longer,” said Ian Shepherdson, chief economist of Pantheon Macroeconomics. The figures “are very strong compared with international surveys of manufacturing, particularly in China,” he said. Reports this week reflected a slight softening in the pace of Chinese manufacturing.

Not all manufacturers are riding the momentum from pent-up demand for autos and homes. At Bremen Castings Inc., a foundry and machine shop, business moved “sideways” in 2013 and is likely to do so again in 2014, said J.B. Brown, president of the Bremen, Ind., company. His firm makes metal parts for agricultural machinery, heavy trucks, railroad equipment, lawn mowers and other purposes.

Bremen’s work for the heavy-truck market was down 28% last year, Mr. Brown said, while the company’s agricultural business remained flat. Military projects were “nonexistent in 2013, which didn’t help,” he said. Competition—particularly from rivals in China and India—means Bremen Castings has to work harder than ever just to keep up. “We all worked really, really hard to continue to be flat,” Mr. Brown said.

The ISM report also showed only mild fallout among manufacturers from October’s 16-day federal government shutdown, or Washington’s fiscal problems that were partially addressed in the budget deal signed last month. “We see overall very little…noticeable impact from those problems,” Mr. Holcomb said. While fiscal concerns persist, “hopefully Washington is listening more and will work hard to resolve [them] before they become problems.”